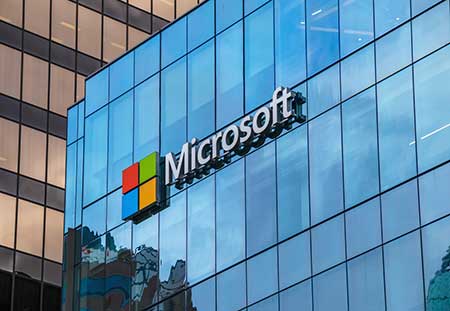 The catalyst for industry growth can be hard to spot. Exactly what is the singularity that gives way to the Big Bang, the explosion of a sector that eventually reaches critical mass that draws others from far and wide?

Most of the time, there’s no way to really tell how big an effect a single employer has when it comes to creating a universe of new companies. We know it happens, but at what rate?

Thanks to the curiosity of investor Kirk Winfield, there’s at least good snapshot into this phenomenon as he sought to identify the impact Microsoft has had on Washington’s tech industry.

After coming up with a few names off the top of his head, Kirk called on Geekwire to do see if they could do a little more research.

Geekwire did an analysis of its list of top privately held tech startups and was surprised to find that nearly a quarter of the companies listed were led by CEOs who had once worked at Microsoft. Combined, these executives had nearly 350 years of combined experience working for the company. No other organization in the state even comes close to having the influence in the startup community as Microsoft. Amazon could only be traced to 11 so far. That’s just privately held companies, not publically traded.

It’s part of the secret sauce that makes Washington such force in the world’s economy. Employees who love their jobs and the region want to stay, putting down even deeper roots in the form of innovative new companies.

Why is Microsoft so good at spinning off employees that start new companies? One belief is that their project-based culture allows them to gain experience similar to that of a startup.

“As an entrepreneur, I had the opportunity to run four different businesses in Microsoft,” said Bryan Mistele, a former Microsoft general manager who is now CEO of INRIX, the transportation analytics and traffic technology company based in Kirkland. “The teams were very autonomous back in the mid-90s. That experience was critical to learning how to run businesses.”

Another good example is Kieran Snyder, CEO and co-founder of Textio, an augmented writing platform. She was part of a team that integrated Bing into Windows. The project allowed her and her co-founding husband, Jensen Harris, to work in an environment that was both corporate and at the same time entrepreneurial.

Which brings us to the fundamentally difference between Washington’s tech companies and those in the Bay Area. Washington entrepreneurs are focused on building the next legendary business – the next Amazon or Microsoft. Bay Area startups us a fail-fast approach, seeing what sticks and moving immediately on to the next thing if the product or service doesn’t catch on.

Read more about this unique aspect of Washington’s ICT sector at Geekwire.