All eyes are on Othello. 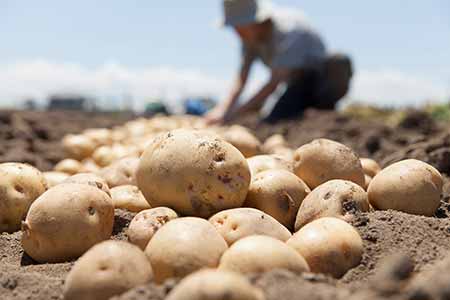 The world’s largest manufacturer of potato specialties is about to double its footprint in Othello, Washington. McCain Foods USA Inc. has announced plans to invest $300 million in the facility, which will add 170,000 square feet of production space and create about 180 new jobs.

The expansion will allow the company to increase production of battered and conventional French fries, adding a new line to the Othello plant. Construction is expected to start this month and will be completed in 2021.

The expanded capacity will require a lot more local potatoes. According to the company, they will need about 11,000 additional acres to of potatoes to feed into the new line at full capacity.

McCain chose Othello over other sites in the U.S. because of Othello’s proximity to quality potatoes and the skilled workforce in the area.

“We are excited about McCain expanding their footprint in Washington State, and it is a great place to do it,” said state Potato Commission Executive Director Chris Voigt.

“I want to be able to work with McCain and all of the other frozen potato processors collaboratively on how we can take potato production to the next level,” he said. “The demand for food is only going to get stronger and stronger as we go forward, so we in the potato community and agriculture in Washington State need to figure out how we can meet that demand.”

Based in Canada, McCain Foods Ltd. is the world’s largest manufacturer of frozen potato specialties. It has 18,000 employees working in 50 production facilities on six continents with annual sales of $4.5 billion, according to the company’s website.