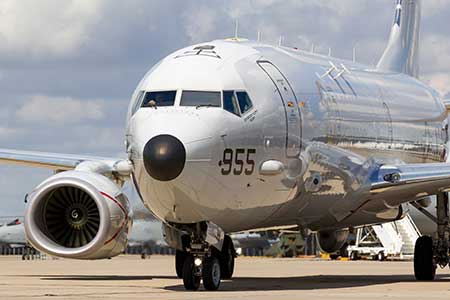 The new search and rescue aircraft are scheduled to join the fleet’s inventory in 2023, in what officials have described as a once in a lifetime opportunity.

“Of the available options, the P-8A Poseidon was assessed to be the lowest cost and lowest risk option for New Zealand,” said New Zealand Ministry of Defence air spokesman Neil Hygate.

The Poseidon is a heavily customized version of the venerable Boeing 737 and uses the same basic airframe as the 737-900 with larger wings and more powerful engines. The Poseidon is produced in the same production line as commercial passenger versions of the 737, introduced into the line at a rate of two per month. The aircraft are then modified with the special electronics and weapons systems they need to conduct their mission in another Boeing facility.

The Poseidon has been on a roll lately, order-wise. Last month, South Korea bought P-8s in a deal worth $1.6 billion and Norway purchased five P-8s in  2017.

The new planes will be used for search and rescue, air defense, and humanitarian assistance and disaster relief.