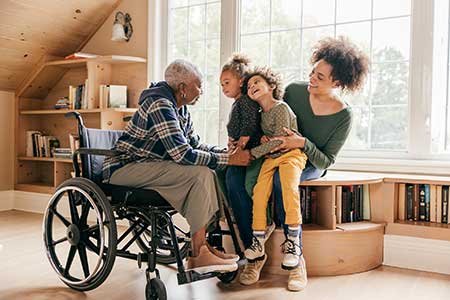 The caregiving system – the folks who care for children, the elderly and those who are sick or disabled – needs some intensive care itself.

So says a new initiative being tackled by Pivotal Ventures, founded by Melinda Gates. The Kirkland-based company has launched its Move Care Forward campaign to promote innovation and policy to update the antiquated and overtaxed system that’s in place now.

According to recent surveys, caregivers are experiencing a disproportionate amount of isolation in their roles. They spend an average of 45 hours of unpaid time a week providing care, sacrificing their own life ambitions and wellbeing in the process. Almost half of these caregivers also have a full-time job, so they have to find the time to balance their work and caregiving lives while doing everything else they need to do to pay the bills and keep food on the table.

The company is investing in the $648-billion plus industry to modernize it. It has already helped back a $52 million fund announced by Magnify Ventures in May. The fund is investing in technologies focused on families, household operations, the future of work and aging. Pivotal also teamed up with Techstars to launch the annual Future of Longevity accelerator that’s focused on startups focused on aging adults.

“Entrepreneurs, employers and governments all have a role to play in building a system that makes it easier for people to do right by their families while also tending to their own needs,” said French Gates in a prepared statement.