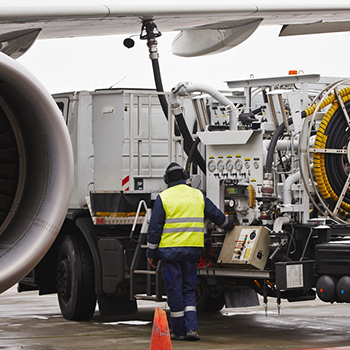 Washington State’s international commercial airport is ahead of the curve on curbing carbon emissions. Research has been ongoing to develop jet biofuels that reduce the amount of carbon emissions and yet maintain the fuel efficiency that airlines want.  Commercial jets are a major contributor to carbon pollution. The airline industry and the federal government are aiming to cut commercial aviation carbon emissions to 50 percent of 2012 levels by 2050. Sea-Tac Airport will work in conjunction with Richard Branson’s nonprofit Carbon War Room to study the economic feasiblity of using biofuels in commercial jets. Read more in Geekwire.

Robust research efforts into a variety of alternative biofuels are based in Washington State.  In 2013, the FAA announced creation of a research hub to develop alternative aviation fuels in Richland, Washington. Collaboration between  Washington State University and 16 other university partners is pioneering plant-based alternative fuels. Read more in our post from September 2013.

Washington State is a leader in clean energy research. The state legislature has mandated that 15% of Washington’s electricity come from new energy sources, including wind, tidal, biomass, biofuel and solar. Washington-based Alaska Airlines, the Boeing Company and Sea-Tac Airport are developing the infrastructure needed to delivery biofuels to commercial aircraft at Sea-Tac. Read more in our post from December 2015.

To learn more about the pioneering research and development of clean energy  sources in Washington State contact moreinfo@commerce.wa.gov