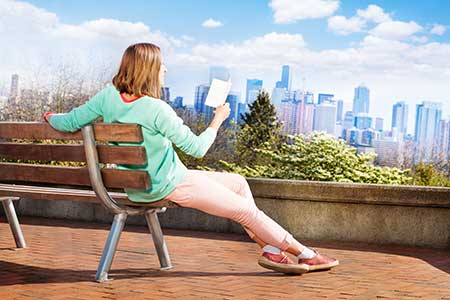 You’d think that in this world of smartphones, digital assistants and tablets that Seattle, the epicenter of high tech, would take a backseat when it comes to something as old school as reading and writing.

But the United Nations Education, Scientific and Cultural Organization (UNESCO) proved everyone wrong on Oct. 31, adding Seattle to its Creative Cities Network, officially naming it a City of Literature.

Seattle joins other Cities of Literature – Dublin, Reykjavik, Milan and Bagdad among them – in this prestigious list of just 180 cities in the world that foster such a culture of creativity. According to UNESCO, the Seattle area is “at the frontline of efforts to foster innovation and creativity as key drivers for a more sustainable and inclusive urban development.”

Read more about this designation in The Seattle Times.