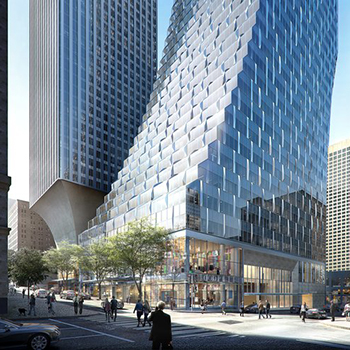 Two experts at the Allen Institute for Artificial Intelligence have predicted ideal conditions for an explosion of new startups in Washington State.

These aren’t one or two person endeavors. When Apple purchased Turi, the foundation of their engineering office in Seattle, they were at 500 people. This year they leased 630,000 square feet of space, enough for 4,500 workers.

Part of the secret sauce is the talent pool. There are more than 120,000 engineers in the Seattle area, not to mention the thousands in related technology roles. More than half of all new leases for office space have been inked by technology companies.

Of course, that’s just one piece of the puzzle. The authors of the Geekwire article also point to the increasingly blurred lines between technology, biopharma and medical companies as well as global health organizations. The region has secured more than $1 billion in NIH funding in the last year and hundreds of millions in life science venture funding. Washington is well known for being at the forefront of cancer research, anchored by the University of Washington Medical Network, Seattle Cancer Care Alliance, Fred Hutchinson Cancer Research Center and the new 540,000 square foot Cure Factory for Seattle Children’s Hospital.

A good example of this perfect storm is the Paul Allen School of Computer Science and Engineering at the University of Washington. Since 2018, donors, local corporations and venture capitalists have donated $75 million to double the space of the school to accommodate 80 full-time faculty, 100 technical and administrative staff members, 500 grad students, 170 masters candidates and 1,500 undergraduate majors. The school has created more than 20 companies focused on machine learning, m-health, wireless power, computer security, surgical training and more.

The UW also opened the Global Innovation Exchange, a partnership between the university and Tsinghua University in China. This is the first time a Chinese research institute has been established on U.S. soil and students have the opportunity to study in the states and China.

Market cap is another indicator that the economy is going gangbusters. Between 2009 and now, public companies have grown in value $2.2 trillion, representing seven percent of the entire value of America’s unusually robust bull market.

Want to learn even more about our perfect storm of opportunity? Check out the article in Geekwire.