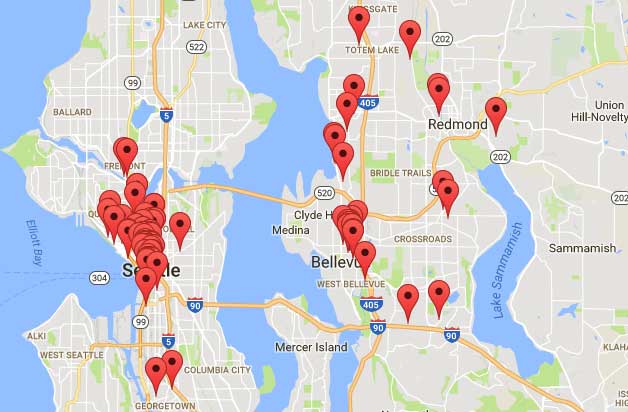 Amazing what just three years will do for an economy. Since Geekwire started tracking out-of-town tech companies that set up technology engineering offices in Washington State, the list has doubled in size.

Yesterday’s announcement that Baidu was opening a new engineering office in Bellevue brought the number of engineering centers to 100, a 50% increase since 2015.

According to Baidu President Ya-Qin Zhang, it’s the talent that keeps bringing innovative businesses coming to the state, particularly in the areas of computer science, engineering and cloud technologies.

According to a report from real estate company CBRE, there are nearly 137,000 technology jobs in Seattle, a 33% increase since 2011. The list of companies opening technology engineering offices in the state reads like a who’s who of tech, including Apple, Airbnb, Google, Facebook, Twitters, Alibaba and Uber.

A good example of local engineering growth is the Facebook office. In 2011 the company had a couple people in its engineering office near the Pike Place Market. Today, the company has 2,000 workers on its Washington payroll and leased two new offices to handle predicted growth.