Washington is a natural for virtual reality. 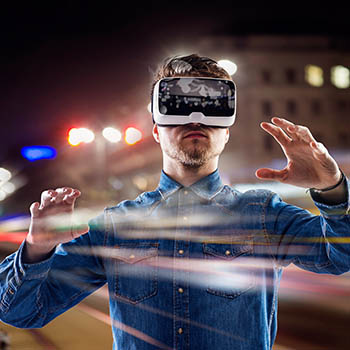 It looks like VR is well on its way to becoming the next big thing in technology. Creating virtual worlds requires a mix of tech and creative talent, and Washington State is blessed with an abundance of both.

Leaders in hardware development such as Microsoft, Valve and HTC have started to release VR gear for the consumer market. The demand for a variety of VR experiences and applications is emerging. Washington’s robust game development community is poised to be leaders in the creation of virtual experience games.

Beyond gaming, virtual reality is being developed for educational training and therapeutic applications. Washington State is ranked as number two as an innovation hub in the U.S. And, with over 90,000 software developers in Washington the potential for VR is unlimited.

Read more in Geekwire about a recent Seattle VR Hackathon that brought teams of cutting edge developers together to explore the possibilities of the virtual experience.

To learn more about the technology sector in Washington State contact moreinfo@choosewashington.com