In a crisis, the world turns to Washington. 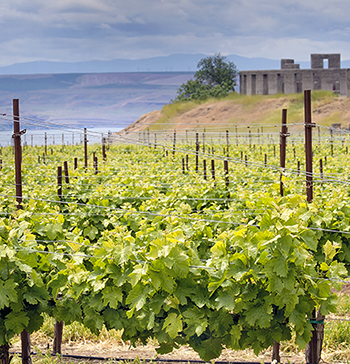 Thirty-three years ago, a straightforward safety test at a nuclear plant outside the city of Pripyat in Ukraine went awry. Today, the very word Chernobyl conjures up images of bustling cities that became ghost towns overnight and large plumes of radioactive material floating wafting over the fertile soils of Western Europe.

In Sweden, radiation alarms at the country’s own nuclear plants signaled the arrival of radioactive clouds from Chernobyl, causing a chain reaction in the marketplace as customers became increasingly concerned about purchasing French wines, whose vineyards were directly downwind.

Scandinavians love their French wines, which created a problem for the country’s national alcohol distributor, Systembolaget. They needed a replacement for Bordeaux-style reds, one that wasn’t contaminated with radioactive particles.

Timing is everything it seems. Around this same time, Tom Hedges was trying to sell Washington wines to the Taiwan market. Systembolaget came calling. They wanted to know if he had a Bordeaux-style wine ready for export.

At the time, Tom didn’t even have a winery. He was a virtual winemaker, buying surplus wine from other wineries and blending his own products using Cabernet and Merlot. He offered to send some samples to the distributor.

Scandinavian wine drinkers loved the stuff. Sales took off. In just three years, production had quadrupled to about 53,000 gallons annually. Other Washington wines followed Tom’s lead, finding new export markets for Washington wines, thanks in large part to a nuclear catastrophe on the other side of the world.

“Tom Hedges answered the call and created Hedges Cellars wines specifically for the Swedish market,” says Mike Veseth of the Wine Economist. “The wines were an instant success, opening the door for more Hedges wines and more Washington State wines in the Old World.”

The success of his wines allowed the Hedges family to finally open its own vineyard and winery instead of using surplus wine juice from other suppliers. The 130-acre vineyard in the heart of the Red Mountain district is for worldwide for its premium wines today.

“Within about six months we were famous in Sweden—all thanks to Chernobyl,” recalls Hedges. “Funny how life works.”

Read more about Hedges and Chernobyl.