Things are sure hoppin’ around here! 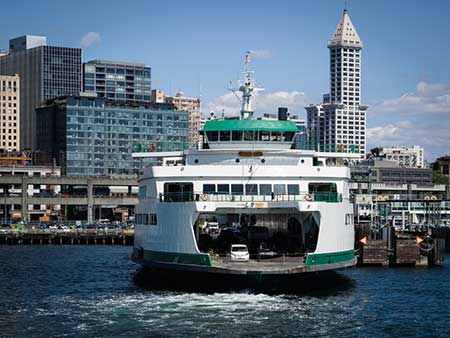 Anyone who lives in Western Washington knows that the greater Seattle area is a great place to start a business and put down some roots. The economy’s growth is 5.2% net of inflation, three times faster than the average U.S. city. Incomes have grown too, up 4.7% annually the past five years.

Now Forbes magazine has confirmed it, ranking Seattle #1 in the U.S. as the Best Place for a Business or Career in 2018.

True, our homegrown Amazon has grown so large that it needs a second headquarters, but HQ1 continues its record hiring spree, bringing 40,000 aboard since 2010. These aren’t warehouse jobs either. The company is the top dog when it comes to hiring from the nation’s top-tier of MBA grads.

Of course, Washington is hardly a one-hit wonder. Other legendary businesses, such as Microsoft, Costco, Starbucks, REI and Weyerhaeuser are also on the upswing. Microsoft and Amazon are trading positions as the second and third largest companies in the U.S., nipping at the heels of Apple, which has a large engineering presence in the Seattle area as well.

True, housing prices have shot up significantly, largely because there’s only so much room to pack people in between two mountain ranges, the Salish Sea and several large lakes. Of the five U.S. metropolitan areas that had more people move in than move out, Seattle was the only city not in the Sun Belt. But we’re working on adding more housing, particularly in urban cores where Millennials prefer to live.

Forbes based its rankings on 14 different metrics, including income and economic growth, business and living costs, education levels, migration, culture and leisure opportunities and workplace tolerance.

Find out more about our #1 ranking and how other cities fared in Forbes.