An electrifying choice in maritime. 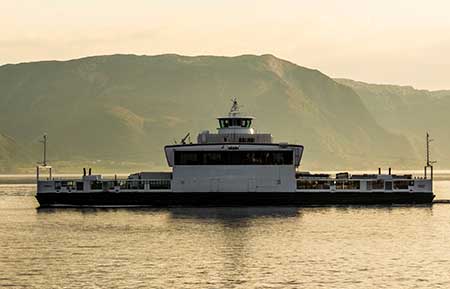 LAVLE USA, Inc. has announced that Anacortes, Washington will be the site of its new North American headquarters. The joint venture is focused on combining advanced energy storage technologies from Japanese battery company 3DOM with the latest in marine engineering to create electrified, clean vessels and propulsion.

3DOM joined forces with Ockerman Automation, which will provide the marine engineering, design and systems integration technologies required to electrify vessels and even entire fleets. The new venture fits perfectly with Washington’s new Maritime BLUE strategy, which seeks to reduce the state’s carbon footprint and pollution.

LAVLE will be drawing on the experience of its partners to accelerate the development of new technologies, including electric and hybrid solutions. The company received a substantial investment from Japanese partners in one of the largest private financings of a Washington-based company in the last year.

“LAVLE represents a new frontier of Japan-Washington State economic cooperation as an innovative joint venture that will be a leader in the electrification of maritime transportation,” said Consul General of Japan, Yoichiro Yamada. “This is a win-win for reducing a major source of greenhouse gas emissions, developing clean technology, and expanding the maritime sector.”

“We chose to headquarter LAVLE in Anacortes not only because of its rich maritime history and status as a maritime center of excellence, but also because the San Juan Islands are representative of the pristine natural environment LAVLE wants to sustain,” said LAVLE CEO Dr. Jason Nye. “One of the early inspirations for creating LAVLE came from initiatives I supported between Washington Governor Inslee and the Japan Bank for International Cooperation (JBIC) that resulted in a memorandum of cooperation between the two.  One of the areas of cooperation discussed was the electrification of marine vessels. Now, today, we also welcome our new Japanese corporate partners as people who share those values.”

Read more in the Trade Only Today.