It’s music to our ears. 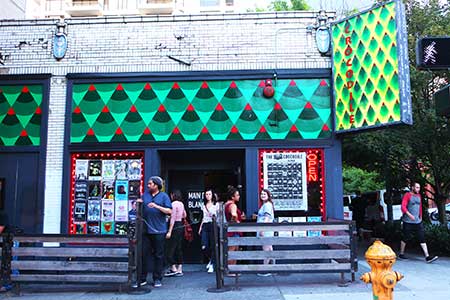 Listening to the national media, you’d think Seattle was turning into a ghost town. All that’s missing is a couple of tumbleweeds and a shoot out at high noon.

But as any resident knows, Washington’s biggest city has been through it all before. Booms and busts of epic proportions. And with each turn of fortune, its plucky citizens make the place better than ever.

Such is the case with the owners of the Crocodile – you know, the place where Nirvana, Pearl Jam and grunge music were born.

In the middle of a pandemic, the owners have bet big on the city and its music. Even though live music probably won’t be allowed until at least September of next year, the Crocodile is moving into new digs – the old El Gaucho in Belltown. While not far from their current space, which they left to developers, the new space allows the Crocodile to spread its wings a bit more and in a show of utter confidence, the owners signed a 20-year lease. The music scene is alive and well and will be for decades to come, if the Crocodile has its say.

On the main floor of the famed Seattle restaurant, a new concert hall will take shape that holds 750 patrons, about 200 more than the original Croc. The iconic Gaucho bar will remain. On the lower level, there will be a 300-capacity space for more intimate shows. A new 96-capacity comedy club/community space will replace the old second-run movie house next door. And if that weren’t enough, the club is keeping the top floor inn. It will get a little rock ‘n’ roll makeover, but guests will be able to stay where they play, as will touring acts.

It’s just another vote of confidence in a city known for weathering storm after storm and coming out of it bigger and better. Given Washington’s rich history of hit-making – from Bing Crosby and Soundgarden to Jimi Hendrix and Dave Matthews, it’s a sure bet that live music, and live entertainment in general, will come back bigger and better than ever once the pandemic has been quelled.

Read more about the new Crocodile in The Seattle Times.