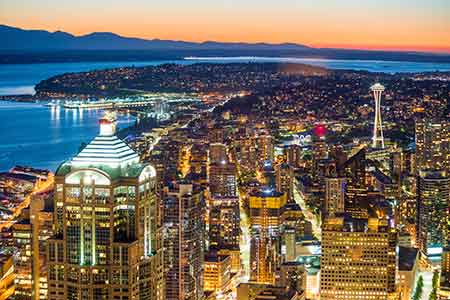 The U.S. Census has confirmed what everyone in Washington State already knew: there’s a lot of smart people here. In fact, Seattle is #1 in the nation when it comes to the number of workers employed in science, technology, engineering and math (STEM) occupations, besting Silicon Valley.

Roughly 1 in 5 Seattle residents work in STEM jobs. That’s roughly 89,700 workers, which is about 19% of the city’s total workforce. Nearly half (48%) are software developers. Engineers come in second at 14%. The analysis doesn’t include other STEM workers, such as tech managers, college professors and instructors or salespeople.

For data junkies, San Jose came in at #2 with 17.5% of its residents employed in STEM jobs. San Francisco ranked third at 14.9%. About 9.6 million Americans work in science, technology, engineering and math disciplines, approximately 6% of the population. This makes Seattle’s 19% even more impressive, given that it’s three times the national average and triple the number of STEM workers in Seattle in 2010.

Read more about it in The Seattle Times.