Seattle waterfront to get a facelift. 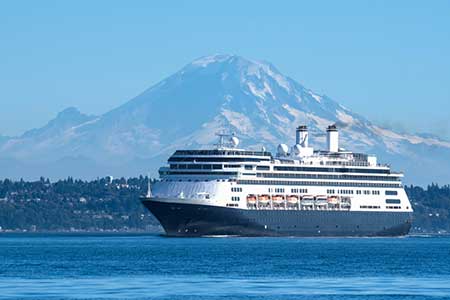 While city planners are excited to connect the waterfront with the Pike Place Market and downtown Seattle, the Port of Seattle has some big plans of its own.

The port and the city are studying a plan to invest $340 million in new facilities for cargo operations and cruise ships. Currently in the study phase, the port is looking at consolidating some shipping activities, leaving large swaths of real estate available for other uses. This could mean the addition of a fourth cruise ship berth and support facilities to handle the booming cruise ship business as more travelers discover Alaska and its environs.

Possibilities also include adding new shipping tenants at the port’s deepwater terminals at the T-5 facility, which will include full railway service from its docks. The Port of Seattle received a go-ahead earlier this year to create the deepest container port in the U.S., at 57 feet deep. The new facility will be jointly operated by the Ports of Seattle and Tacoma under the Northwest Seaport Alliance.

Cruise ships currently use the Bell Street Cruise Terminal along the main Seattle waterfront and two berths at Smith Cove, which is to the north of downtown. With ships getting larger, a fourth berth for ships may be required, given the growth of cruise ship traffic along the waterfront. On peak summer days, the three current docks are handling about 14,000 passengers. Norwegian and Royal Caribbean plan  to introduce even larger ships in the next year or so, bringing more traffic to the area.

The Port of Seattle hopess to firm up its plans in 2019.