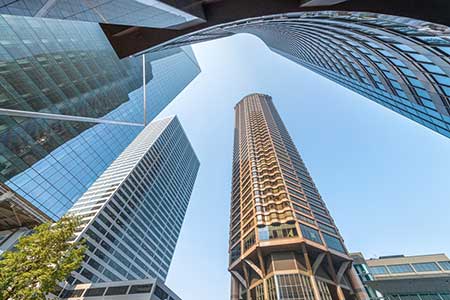 If there were an Olympics for businesses, Washington would be on the podium right now. The Information Technology and Innovation Foundation has released its 2017 State New Economy Index and Washington took the #3 spot, ranking just behind California and Massachusetts.

The think tank looks at 25 different indicators, divided into five categories that are important to the New Economy: Knowledge Jobs, Globalization, Economic Dynamism, the Digital Economy  and Innovation Capacity. Indicators included the number of high-tech jobs, venture capital, R&D investment and the percentage of business startups vs. failures.

To succeed in the New Economy, ITIF concludes states need to align their economic development strategies to incentivize having a workforce and jobs based on higher skills; strong global connections; dynamic firms, including strong, high-growth startups, industries, and individuals embracing digital technologies; and strong capabilities in technological innovation, areas Washington is particularly strong in.

“The success of a state’s economy depends most of all on the success of companies that export goods and services and compete in tough international markets. Most often, those are big firms that also invest heavily in research and development, have high productivity, pay high wages, offer good benefits and so on,” said Robert D. Atkinson, ITIF’s president and co-author of the report.

The top 10 states round out with Virginia, Delaware, Maryland, Colorado, New Jersey, Utah and Connecticut. Louisiana, Wyoming, West Virginia, Arkansas and Mississippi ranked at the bottom of the analysis.

You can read and download the entire report here.