Dr. Bill Hutchinson probably never imagined that his humble efforts to remember his brother Fred would have such a lasting and significant impact on the world of medicine.

Fred Hutchinson was a legendary baseball player, rising in the pitching ranks from the Pacific Coast League Seattle Rainiers to the Detroit Tigers, winning 95 games in his 11 years in the majors. He also managed several teams, including the Tigers, St. Louis Cardinals and Cincinnati Reds, which he took to the World Series.

At the pinnacle of his career and life, Fred died of lung cancer. He was just 45 years old. 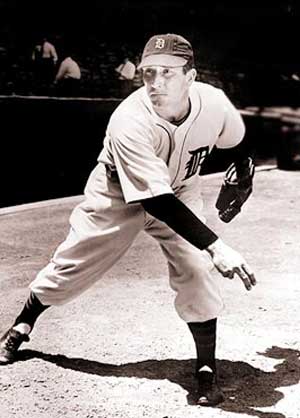 Ironically, Dr. Hutchinson had just begun to pursue his dream of a center to study cancer in 1962, two years before his brother died. With the help of then U.S. Senator Warren Magnuson and the Seattle community, the Fred Hutchinson Cancer Research Center was founded, opening its doors in Seattle’s First Hill neighborhood in 1975.

It wasn’t long before the new research center began to attract the attention of the medical community as well as top-flight researchers. One researcher drawn to the new center was Dr. E. Donnal Thomas. Working at The Hutch, he pioneered new treatments for leukemia and other blood cancers, including developing the initial protocol for bone marrow transplants as a follow-on to chemotherapy and radiation. Dr. Thomas was awarded the Nobel Prize in physiology for his pioneering research that has saved thousands of lives since its development.

Today, the Fred Hutchinson Cancer Research Center has grown to become one of the most highly respected research centers in the world. Its five scientific divisions employ nearly 3,000 faculty and staff members, including three Nobel laureates, who are discovering new breakthroughs in the treatment and elimination of cancer, HIV and related diseases. This includes new methods for treating blood cancers using stem-cell transplants that don’t wipe out the patient’s own bone marrow and uses minimal radiation. The center is also leading the way in immunotherapy and antibody-based therapies, the latter using small proteins to attack tumors, leaving healthy cells alone.

The center’s presence in Washington has helped spawn a significant life science sector in the state. More than 900 life science/global health organizations can be found in Washington State as well as top-tier research and academic institutions such as the University of Washington and Seattle Children’s Hospital.

The future is never certain. But what is certain is that the Fred Hutchinson Cancer Research Center offers hope that cancer, HIV and related diseases will not only be successfully treated during our lifetime, but perhaps one day be cured as well.