If you’ve binge-watched TV’s Shark Tank, then you already know the ending to this story. But for those who aren’t fans, let’s start at the beginning. 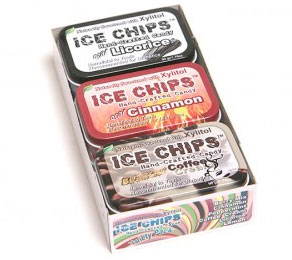 It all began in Yelm in 1986. Bev Vines-Haines and Charlotte Clary became good friends as they shuttled their kids back and forth to school and attended the same church. They were both “idea” people, constantly coming up with the next big idea. During their careers they had run a newspaper, put on murder mystery dinners, sold Tupperware, created a bagged salad company long way ahead of their time, and opened a PR and advertising agency.

Then they stumbled onto the toenail fungus market. Now stay with us here. A friend had a problem, a big problem with it. One day Charlotte hit upon a way to fix it. She and Bev whipped up a batch of salve and mailed it off to their friend, a career soldier. They got the answer they were looking for in the mail some time later – 10 perfectly lovely toenails.

The product, as unsavory as it sounds, became the basis for their new enterprise. They followed it on with Eye of Newt, their bestseller, and several products formulated to treat skin conditions.

That may have been the end of the story, but the two entrepreneurial grannies (they have 37 grandchildren between them) weren’t about to rest on their laurels. Their next product is the one that became their million dollar idea… Ice Chips.

Using xylitol, a natural sweetener derived from birch wood, the two concocted the recipe in their garage. The sugar-free candy is not only great for diabetics and people on a restricted diet, but the properties in xylitol are believed to help prevent cavities, so it’s popular with dentists at all.

Bev and Charlotte hammered away at their new candy business, literally. The candy has been handcrafted up until now and the finishing touch is to break the blocks of candy using a hammer. It was an improvised solution, largely because they couldn’t afford expensive candy molds.

Success makes interesting bedfellows, and the story of Ice Chips is one of those great American success stories. Needing to expand and automate to keep up with the huge demand for their 17 flavors of candy, the two went on ABC’s Shark Tank to secure additional funding.

In the notoriously difficult Shark Tank, the two ladies made their pitch – a $250,000 investment for 15% equity in the company. The five self-made millionaires were initially skeptical; until the two told the Sharks that their sales were $360,000 last year and they were on track to hit $1 million in 2012.

The battle began as the investors maneuvered for a piece of Ice Chips. Bev and Charlotte accepted the offer made by real estate mogul Barbara Corcoran and Dallas Mavericks owner and billionaire investor Mark Cuban. The deal: $250,000 for a 40% stake in the company and Barbara promised to get the candy national distribution in 3,000 big box stores.

The deal was never closed. The two sides couldn’t agree on how to structure the business, so the grannies pulled out.Even so, Ice Chips is experiencing a hefty bounce in sales after the show and the publicity continues to fuel growth and expansion.

Only time will tell if Ice Chips becomes the next national sensation, but if you ask the two grannies from Yelm, they’ve already hit it bigger than they ever dreamed.

Update: Looks like they are a sensation. Ice Chips moved into a 21,500 square foot facility in April 2015, four times the square footage they had before. The new facility in Olympia allows the grannies to hire more staff and add a break room, additional production capacity and a retail store. Now that’s sweet success as a Washington State business.