The story of the Oberto Sausage Company originates in Italy in 1918. It was there that a young Constantino Oberto, like many immigrants at the turn of the century, dreamed of a better life for him and his family. Heeding the advice of his Uncle John, Constantino moved to America, eventually arriving in Seattle, a place, his uncle told him, where a hard working entrepreneur couldn’t help but succeed. 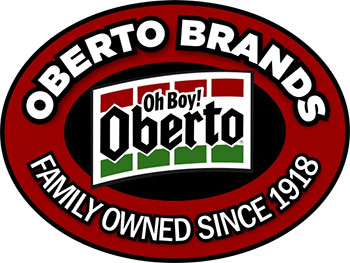 Relying on traditional family recipes, Constantino and John set up a small salami and sausage shop on South King Street. The company grew steadily over the years until tragedy struck the family unexpectedly in 1943. Constantino died, leaving the task of running the company to his wife Antoinetta and a young son.

Art Oberto was just 16 at the time and the future of his family and the company depended on him. He could have easily sold the business and few would have blamed him if he did. The country was in the midst of war and that meant meat rationing. A little sausage maker in Seattle was low on the priority list, so much so that a sympathetic meat inspector talked other butchers into giving the teenager some of their meat to keep the Oberto Sausage Company in business.

But quitting wasn’t something Art knew how to do. Instead, he rose to the task, opening the factory each morning before he headed off to school. After class, he’d load up the company’s delivery truck and make the rounds, selling the company’s sausage, salami and coppacola to anyone who would buy.

Not only was Art a natural born salesman, but he was also a resourceful entrepreneur. It was he and his wife Dorothy who came up with the idea for a new product for Oberto, something a local distributor had shown them. Soon, Beef Jerky started to flow from the Oberto Sausage Company and even today, it’s the company’s biggest seller.

Oberto has gone on to become a national brand that is still locally loved. Its product line includes other familiar brands, including Lowrey’s Meat Snacks, Pacific Gold Meat Snacks and Smokecraft.

But it’s the jerky and pepperoni that keeps customers coming back. So much so that the company announced plans to open a new plant in 2013 in Nashville to keep up with demand. The new facility joins the 170,000 square foot Oberto plant in Kent, Washington.

Though Art isn’t involved in running the business on a day-to-day basis any longer, you’ll still find him out and about, serving as its front man and biggest cheerleader. A true Washington original, Art has been part of the fabric of the community for the last 85 years, including being a longtime sponsor of the Oh, Boy! Oberto hydroplane, which not only captured the sport’s national championship several times but also served as the company’s fastest, most recognizable billboard.