Any way you slice it, it’s a lot of dough

One could say that the bread gene runs deep in the Matthaei family. The family’s master baker lineage goes back some 300 years. Over the century, family members have been making bread in the Pacific Northwest, turning Roman Meal products into a nationally known and internationally respected brand. 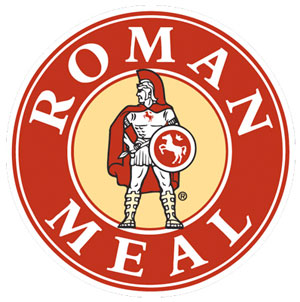 The story of Roman Meal goes all the way back to the times of the Romans. Dr. Robert Jackson was fascinated by the Roman armies and the fact that they could live off a daily diet of wheat and rye. Just two pounds of grain and they had the strength and endurance to conquer much of Europe and parts of Africa and the Middle East. Amazing!

To address his own health issues, Dr. Jackson began to experiment with grains, modifying his diet based on the same one used by the Roman soldiers. His first success was a hot breakfast cereal, Dr. Jackson’s Roman Health Meal. Its ingredients were whole grain wheat, bran, flaxseed and rye.

Soon, his patients were enjoying the same diet, prescribed to them to correct vitamin and mineral deficiencies and generally improve their overall health and wellness. Demand was so great that the good doctor had to build a plant in Tacoma to keep up with demand and the Roman Meal Company was born in 1912.

Enter Henry Matthaei’s son, William. William had followed in the footsteps of his father, a master baker who had a bakery in Kansas City. When that business merged with other bakeries, William set out on his own. He traveled out west to Washington State and built a bakery that quickly became a success. In 1927, William purchased the Roman Meal Company, blending his knowledge of baking with Dr. Jackson’s healthful cereal blend. The result made marketing magic: Roman Meal Bread.

Many years later, Roman Meal products continue to find new markets and fans for their healthful products. To handle the growth of the business, the company has contracted with 90 bakeries around the country and the globe to ensure that the products carrying the Roman Meal name continue to be as fresh as possible and of the highest quality.

Even though the company has grown over the last 100 years, it is still a family affair. The company is managed by a third generation Matthaei, William, who serves as the company’s CEO and Director.