A double tall tale to tell.

Today it can be pretty difficult to imagine what a simple cup of coffee once looked like. Before there were cappuccinos, espressos and lattes, coffee was something you’d pick up for a dime at the local café, a lifeless caffeinated affair that went well with a blue plate special or a slice of apple pie. 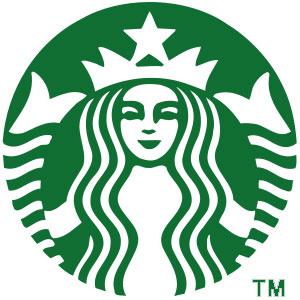 In 1971 a quiet revolution began. In Seattle, a single store opened for business in the Pike Place Market selling premium roasted coffee beans culled from the far reaches of the globe and exotic coffee machines to brew them to perfection. The company’s name was pulled from the pages of Herman Melville’s Moby Dick – Starbucks. The logo, a bare breasted siren of the sea.

Starbucks may have remained a local purveyor of fine coffees if weren’t for a trip to Italy by the company’s new marketing director.

Howard Schultz had been a plastics salesman who noticed that the coffee company was selling an awful lot of Hammarplast drip-brewing thermoses, a product he represented. Joining the fledgling coffee company, one of Howard’s first tasks was to travel to Milan to the international housewares show. It was there that he enjoyed his first caffe latte. He was hooked. It wasn’t just the coffee that caught his attention and imagination, but the environment in which it was consumed.

Patrons in the Italian café were chatting and relaxing over their coffee, not just chugging a cup of joe and moving on down the road. It was Howard’s big “aha” moment. He thought that such a place could catch on in the United States, a coffee house where news and ideas were shared, where the pace was unhurried, and the product consistently fresh, delicious and uplifting.

Unfortunately, Starbucks’ owners Jerry Baldwin, Zev Siegl and Gordon Bowker weren’t interested in selling coffee drinks. They were happy selling great beans and coffee-making equipment and after a brief test, they decided coffee drinks were not their thing. Howard wasn’t deterred. He started his own chain of coffee bars in 1986, Il Giornale, using Starbucks beans. A year later, he and some investors purchased Starbucks, embarking on a mission to create a new culture – a coffee culture – in communities throughout the United States and later, the world.

Like most visionaries, Howard knew that there were a lot of places where you could get a good, even great, cup of coffee. But the secret to Starbucks’ success was creating that magical third place, a place that existed between the office and the home, one where you felt right at home, no matter where your home was. Whether you were at your neighborhood Starbucks just down the street or sipping on a cup of Sumatra in India during a business trip, the experience was consistent, comfortable, and most important, familiar and welcoming.

The company’s mission is simple: to inspire and nurture the human spirit – one person, one cup, and one neighborhood at a time.

Riding a wave of success, Starbucks went public in 1990 and has gone on to become an international sensation. While the vast majority of Starbucks stores are located in the United States, the company has more than 6,000 locations in 55 countries, including Chile, Romania, Bahrain, Bulgaria and most recently, India.

More than 40 years later, Starbucks continues to reinvent and innovate, not only with its existing coffee stores but with new concepts in merchandising and retailing, including testing out a premium bean concept known as Starbucks Reserve Roastery.