In a world where nearly everything can be shipped and delivered overnight, it’s hard to recall a time when getting something across town was a logistical challenge. 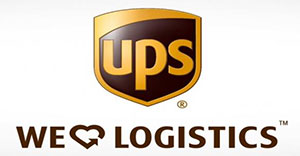 But that was just the challenge James Casey faced in 1907, the year he borrowed $100 from a friend to start his legendary business – the American Messenger Company. Doesn’t ring a bell? Well, perhaps its current name will: United Parcel Service.

In the rough and tumble pioneer town of Seattle, American Messenger Service (UPS) got its start in a small office located under the sidewalk. It was a bootstrap operation in the beginning. Messengers were dispatched from the tiny home office to handle a wide range of errands, delivering notes, baggage and food trays from local restaurants. Oh yes, and packages.

It was definitely a dog-eat-dog business. As new technologies arrived on the scene such as the automobile and telephone – local messengers fell by the wayside. As with any business legend, James stayed one step ahead, delivering goods by any means he could muster – on motorcycle, via automobile and by foot. The company even took the bold step of trying air delivery service in 1929, packages hitching a ride on privately-operated airlines.

As usual, the company was ahead of its time. Though the experiment was not the success it was supposed to be (the company ceased air shipments a year later), it mastered the concept two decades later. Today, UPS operates one of the 10 largest air fleets in the United States, flying 230 corporate owned jets and chartering another 332. The entire air operation of UPS was formed in a single year, complete with all the necessary technology and support systems to keep its 1,931 flights on schedule.

When it comes to impressive numbers, that’s just the proverbial tip of the iceberg for the company. Worldwide, UPS ships 4.1 billion packages annually, averaging 1.1 million pickups and 7.7 million deliveries every day. In addition to aircraft, UPS operates 96,394 of those familiar brown delivery vans, cars and motorcycles. Nearly 5,000 UPS Stores® support the company and it’s hard not to walk down a city street without seeing a UPS drop box.

While logistics, distribution, transportation and freight continue to be its main business services, UPS has a legacy of bold innovation, expanding its services to include supply chain design and planning and financial services to help businesses grow and expand.

While the company has indeed become a global giant, serving 220 countries and territories and every state in the union, it will always be known as a Washington State business legend – born out of the pioneer spirit and entrepreneurship that the state is so well known for.

If you’re a history buff, you can still visit the site where UPS got its start. The UPS Water Park is located at 2nd and Main in Seattle’s historic Pioneer Square area.