Bringing the Orient to Washington State.

Starting over seems to be a way of life for many small businesses. Most never recover; approximately 85% of small businesses simply close their doors, becoming a statistic rather than a success. 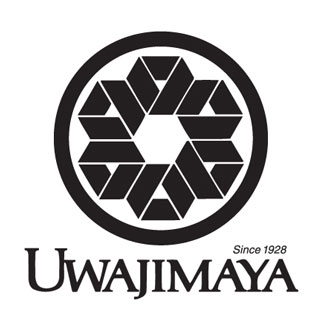 Fujimatsu Moriguchi certainly had his share of business challenges, but not even a dark moment in our history could keep him and his family from realizing the American Dream.

Fujimatsu immigrated from Japan in 1928. He made ends meet by selling fishcakes and other goods from the back of his truck to Japanese loggers and fishermen in and around Tacoma. Eventually, business was so good that he and his wife Sadako opened a store. The name Uwajimaya was a combination of the town he learned his trade in, Uwajima, and the Japanese word for store, which is ‘ya.’

The attack on Pearl Harbor changed the family’s life and livelihood virtually overnight. Driven by uncertainty and fear, Executive Order 9066 ordered Japanese-Americans to be relocated and interred. Along with nearly 19,000 other detainees, the Moriguchi family was sent to Tule Lake Internment Camp in California.

When the war ended, the Moriguchis returned to western Washington. Slowly they began to pick up the pieces of their lives, reopening Uwajimaya on South Main Street, part of what was once Japantown in pre-war Seattle.

A bold risk turned out to be a major turning point for the company in 1962. Fujimatsu opened a Uwajimaya on the grounds of the Century 21 Exposition, the Seattle world’s fair. The small store sold gifts, kitchenware and Japanese delicacies to fair-goers. The response was amazing, and Uwajimaya began to find new customers in the non-Japanese community.

Unfortunately, Fujimatsu was never able to fully enjoy the fruits of his labors. He died during the summer that year, and responsibility for Uwajimaya fell to his four sons, They have continued to build on the business, adding new products and services, including cooking classes and a greatly expanded product mix that includes items from other Asian countries.

Today, Uwajimaya operates the largest Asian supermarket in the Pacific Northwest, offering customers a range of innovative features such as live fish tanks, the Uwajimaya Cooking School and a deli featuring hot meals and take out. The company has even moved into the Oregon market, opening a store in Beaverton in 2000.

Though Fujimatsu and Sadako are no longer here to guide the store, their presence is certainly still felt at Uwajimaya. Seven members of the Moriguchi family continue to build on their legacy, creating a local legend that is near and dear to the hearts of the loyal customers who regularly frequent the Uwajimaya stores in Seattle, Bellevue, Renton and Beaverton.

Learn more about this legendary business.