Branching out into new markets amid growing pains.

The pioneers who settled in the Washington territories weren’t all gunslingers and rustlers. Most were actually loggers; rugged men who risked life and limb to harvest the virgin forests that seemed to go on forever. 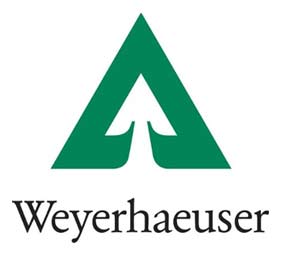 In the late 1800s, opportunities in the Pacific Northwest were as endless as the timber, drawing investors far and wide to seek their fortunes in the unspoiled wilderness.

One such person was Frederick Weyerhaeuser. Clearcutting lands in Wisconsin and Minnesota had decimated the timber industries there, causing Frederick and other lumber barons to look for new opportunities. It was Frederick’s neighbor who pointed him west. The majority owner of the new Northern Pacific Railway, James J. Hill offered to sell him 900,000 acres of land in Washington State. To seal the deal, he offered deeply discounted rates for shipping the lumber back on his trains.

Frederick and his partners ponied up $5.4 million for the acreage and set their sights on growing their fledgling business out west.

The timing couldn’t have been worse. While western expansion was increasing the demand for lumber, the lumber industry itself was in a state of chaos at the turn of the 20th Century. As logging and mills became increasingly automated, they also became increasingly dangerous. The risk of death or dismemberment was great and things like health insurance and disability coverage were virtually unheard of. Mill owners actively fought unionization while unions fought back with strikes. The battle lines were set.

While Weyerhaeuser could have simply folded up shop, the company chose to work with the American Federation of Labor rather than fight it, crafting one of the first worker’s compensation laws in the nation in 1911.

If labor woes were problematic, forces of nature could be catastrophic. Forest fires were the rule rather than the exception in the hot summer months. One such fire, the Yacolt Burn, singed 200,000 acres between Mount St. Helens and the Columbia River, killing 30 people and burning 12 billion board feet of lumber. Weyerhaeuser lost millions in the fire.

Seeking to reduce the threat of wildfires and resulting losses, the company worked with U.S. Forest Service head Gifford Pinchot to shape forestry management for years to come, creating forest patrols, a state forest commission, burn permitting system and a school of forestry at the University of Washington.

Clearcutting forests was the accepted practice in the early 1900s, but that didn’t stop the company from dabbling with the idea of sustainable forestry. Weyerhaeuser realized that its greatest asset was not lumber, but the forest soil and the amazing reproductive power of trees. To that end, the company unveiled its “Timber is a Crop” campaign in the 1930s and the catchy slogan eventually became a way to do business.

The seeds of future forestry were sowed in 1938 when Weyerhaeuser planted its first seedlings as an experiment. Three years later, the company established the first certified tree farm on 200,000 acres of previously harvested and burned land. By the 1990s, tree farms covered 95 million acres in all 50 states as the company’s vision of turning timber into a crop became standard industry practice.

The first tree farm, known as the Clemons Tree Farm, was turned into a forest laboratory to perform research and development. New ideas were tried out, including ways to accelerate the growing cycle of fir trees. This experimentation created a new practice in the industry, High Yield Forestry, which was the result of 30 years of research and doubled the growth per acre per year.

Just in time, too. Increasing concern over the logging of national forests led to a virtual shutdown of logging in the 1980s. The company continued to change with the times, finding new ways to balance the economic virtues of high-yield forestry with environmental stewardship. After the eruption of Mt. St. Helens, Weyerhaeuser replanted 18.4 million seedlings, applying their research to the real-life reforestation of a devastated landscape. Many doubted it would work, but the area bounced back and will be ready for harvest again in 2020.

For more than a hundred years, Weyerhaeuser has managed to change with the times. Most recently the company found a new home. Moving from its award-winning headquarters in Federal Way, the company relocated to Seattle’s historic Pioneer Square. It has also merged with Plum Creek, making it the largest private owner of timberland in the United States with 13 million acres of productive forests worldwide. And perhaps just as important ­– a bona fide Washington State business legend.